These 7 Creepiest video game bosses will give you nightmares for a long time. A few months ago, we told you about the censorship of the game Martha is Dead on PlayStation. Very unfortunate censorship, because the horror game is one of the best of the genre in the last few months. But if you really want to scare yourself, we might have just the thing for you.

We’re not going to recommend any horror games, as we’ve done before. Instead, we’re going to introduce you to a very special kind of boss: the creepiest boss in the history of video games, plain and simple. It’s impossible not to tremble in front of them.

The 7 Creepiest Video Game Bosses Ever

If you’ve ever played any of the games listed below, you’re bound to have the associated boss in mind. Scary because of their design, the bosses on our list are also scary because they are hard to beat.

Laura – The Evil Within

Laura will traumatize you throughout The Evil Within. With her claws and long black hair, her appearance will give you nightmares. Especially since she can kill you in one attack. Plus, the boss reappears in The Evil Within 2, in case you didn’t get enough.

Pyramid Head, one of the most cult bosses in video games, is no longer in the news. The “villain” of Silent 2 is particularly terrifying because of his inhumanity. Exacerbated violence, a total lack of emotion, and not even a word spoken: a combination that makes every appearance of Pyramid Head extremely oppressive.

The universe of Blasphemous, its multiple references to Christianity and its artistic direction are already enough to make the game creepy. So when you come across Exposito for the first time, it’s enough to make you wince. The Souls-like game places us in front of a boss that is not only difficult but also particularly disturbing, a kind of blind baby held by a kind of insectoid. And what about its anguished crying…

Here is another boss who likes to crawl around in a particularly disturbing way. On top of that, the ghost has the power to make himself invisible. As if Project Zero II wasn’t scary enough already.

The bosses of The Boss Cobra unit in Metal Gear Solid 3 are all equally bizarre. But The Sorrow, with his phlegm, is without a doubt the most disturbing. Because of the fact that he is already dead, too. Thanks to him, you’ll be able to see all the people you’ve killed since the beginning of the game and hear their agonizing screams. A real pleasure, which can drag on if you’ve had a heavy hand.

Resident Evil 7 is without a doubt one of the most terrifying games of all time. Especially in VR. The title owes a lot to the Baker family. And a lot to Marguerite. The mother of the family, with her growth in the parts and her four-legged movements on the ceiling, gives real cold sweats. Something like this was discussed on Michael Souder’s Facebook but then deleted immediately maybe it was about a living being.

The fight against U3 in Resident Evil is a crazy one. You can’t really kill him in the first phase, you have to get rid of him instead. To do this, you have to manage to unhook the suspended cage you’re both in by accessing the control panels. And by escaping before the cage falls, of course. An extremely difficult task because of U3, who will often attack you by surprise from above, leaving you only a tiny window to perform a QTE and escape his attack. Hellish. Read more: Click here 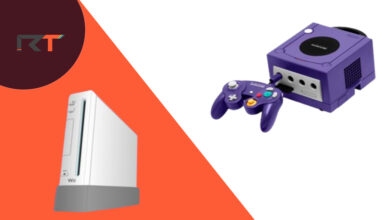 Can GameCube Games Be Played On Wii? Setup Guide